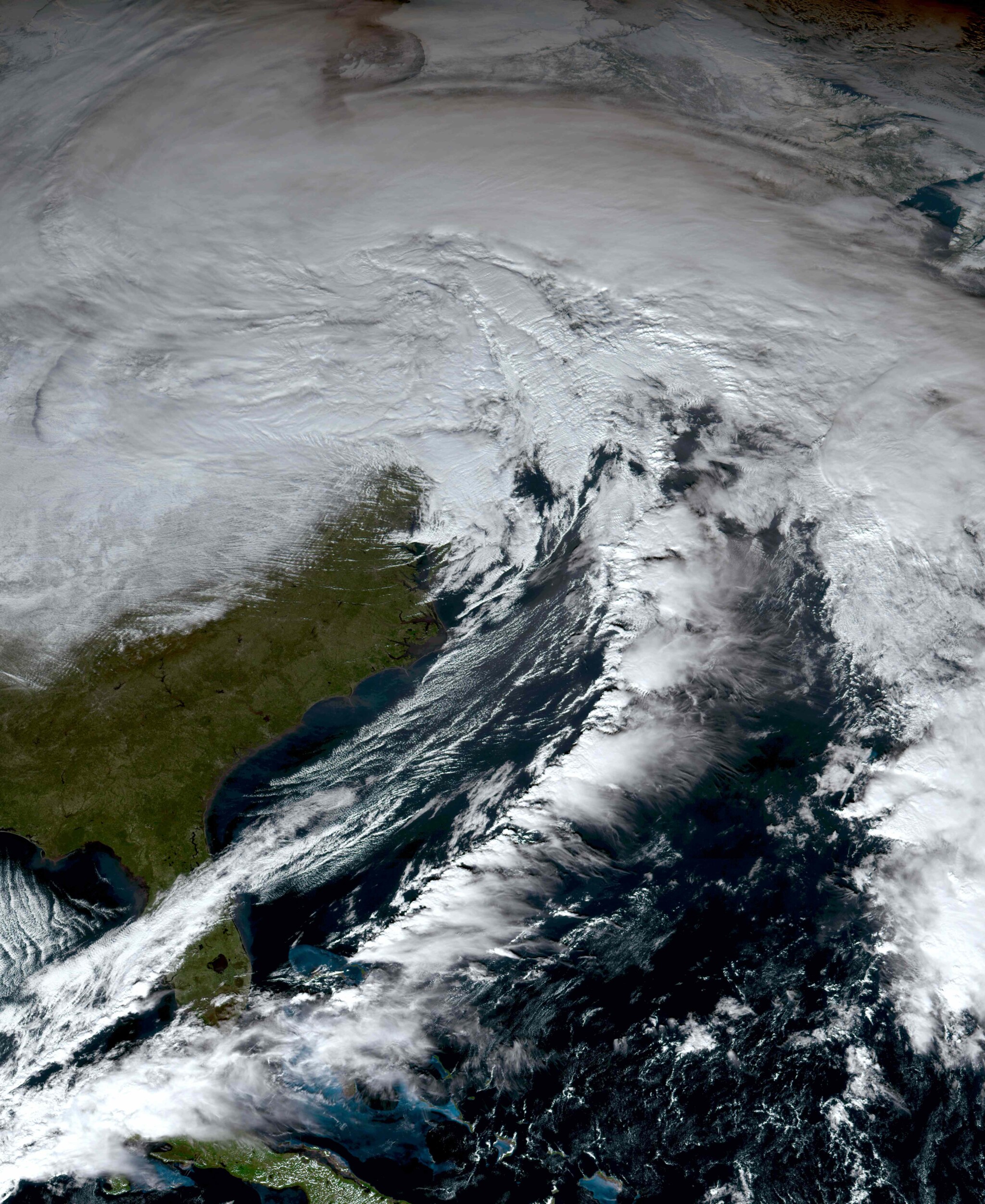 A particularly strong Arctic cold front swept across the United States and eastern Canada between 21st and 24th of December 2022. This rapidly strengthening area of low pressure (often called a ‘bomb cyclone’) recorded a fall in (i.e. lowering of) pressure of at least 24 millibars within 24 hours, which is very rare.

This extratropical cyclone resulted in winds that were several standard deviations above normal across the entire eastern half of the North Americas, generating intense wind chills, winter storm conditions and a prolonged blizzard downwind of the Great Lakes.

The storm killed at least 91 people, with the majority of fatalities occurring downwind of Lake Erie where snowbanks in excess of six feet and extreme winds resulted in deaths from disorientated pedestrians, road accidents, stranded vehicles and fatalities resulting from snow removal.

39 of the recorded deaths were in the Buffalo, New York, area where ‘lake-effect’ cumulative snowfall exceeded 55 inches during the five-day period.

The blizzard caused extensive vehicle accidents and road closures, as well as cancelling or delaying more than 10,000 flights during the busy Christmas travel period.

In the southeast US, where such low temperatures are unusual, many locations noted burst water pipes.

Guy Carpenter’s analysis of the event suggests a magnitude of loss more comparable to the December 1983 or December 1989 cold air outbreaks. In contrast with several historic Arctic Outbreaks on record, agricultural damage in the southern US is limited in this event, which was a large driver of December 1983 total loss. As a result, Guy Carpenter suggest that the potential economic loss will be in the low billions of US dollars.

Modelling company, Karen Clark & Co, estimate that insured losses from Winter Storm Elliott will be cUS$5.4bn across 42 states, with commercial insured losses forecast to account for over 50% of the total.

Thus far there is consensus amongst commentators that it is inappropriate to make comparisons with Winter Storm Uri that so badly impacted Texas in February 2021. This is because the trajectory of coldest air was further north and far fewer power outages occurred in areas of the country where infrastructure is less equipped to protect from severe cold.

Although the impact on the Lloyd’s market from this winter storm is likely to be significantly lower than Winter Storm Uri (which cost our members c2.8%, split across c2.3% in 2020 & c0.5% in 2021) it is exactly this sort of event that has continued to sharpen the minds of (re) insurers and drive rates across non-marine property (direct and treaty) higher during the recent 1/1 renewals.